This is certainly a year of elections ...  I was in Bangkok for work last week and witnessed political campaigning in full swing on the streets of the capital city. The Thais go to the polls on Sunday 3rd July 2011, and I think it'll be another exciting one to watch. We've all heard about the shenanigans of the red shirts and the yellow shirts, the huge protests in the heart of Bangkok, the forced closures of the Suvarnabhumi International Airport and the tragic crackdown of the protests by the military. One wonders what will happen after the election results are known this time.

Anyway, here's a sample of the posters I saw on the streets. 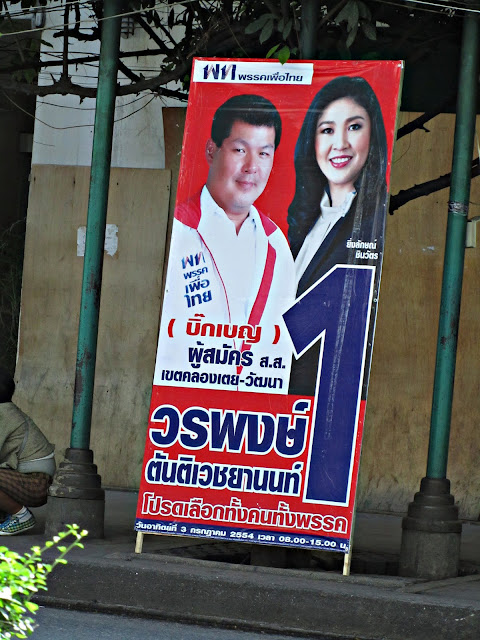 Pheu Thai party's poster with Yingluck Shinawatra on the right 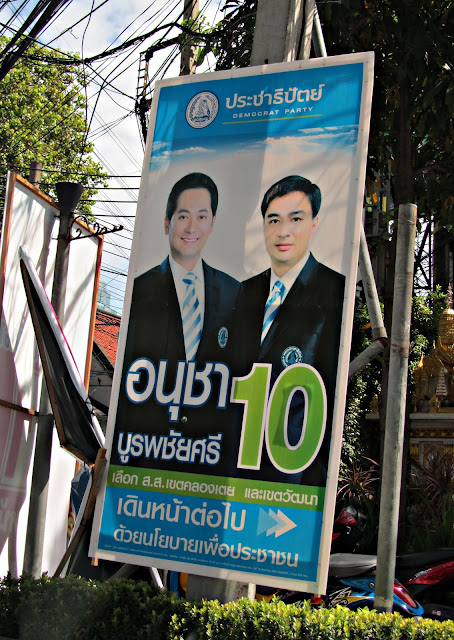 Democratic party, with Abhisit Vejjajiva on the right 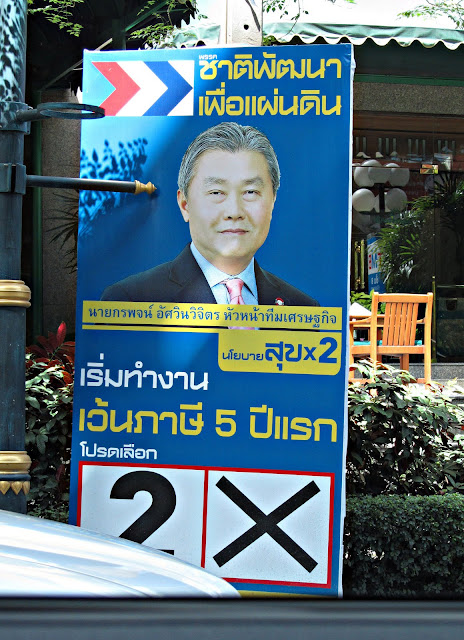 Can't remember the name of this smaller party ... will check later
Sometimes it is quite easy to spot which politician some people don't like ... 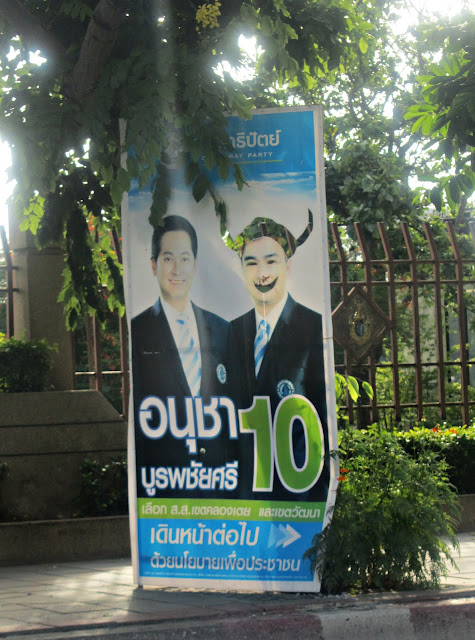 Thanks Kay. I always find my visits to Thailand most interesting and enjoyable, in spite of (or perhaps because of) of all the political activities. What is wonderful is that the Thai people as a whole remain so charming and friendly and hospitable. Hope you and your family are well.

Is Yingluck the most beautiful Asian woman today?

I suppose she is Francis, not only beautiful but also powerful now.