I had an interesting four-day business trip to China last week. Cisco held a Public Services conference in Chongqing, and I was invited to moderate some sessions. This gave me the opportunity to have a nice albeit short look around the city after the conference. 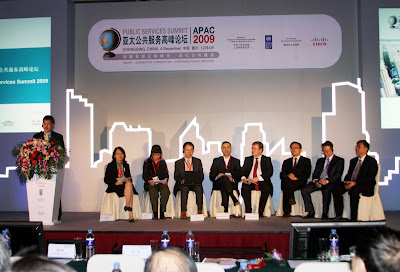 It was my first trip to the city of Chongqing, in the Sichuan province. Chongqing is a port city situated in the south-east of the Sichuan Basin between the Yangtze and Jialing River.The municipality, one of four directly administered by the central government, has some 33 million inhabitants. The place is known for its hot & spicy food (especially the famous Chongqing Hot Pot) and for being the place where those intending to take a cruise down the Yangtze River and see the Three Gorges Dam, usually begin their journey.

We were most fortunate to have had Fiona Liu, a Chongqing local, as our tour guide. She spoke perfect (and I really mean PERFECT !) English, and was very knowledgable about the city. She brought us to many interesting places and educated us with many facts about the city. I thoroughly recommend her as a guide to anyone wishing to visit Chongqing. You can email me for her contact. 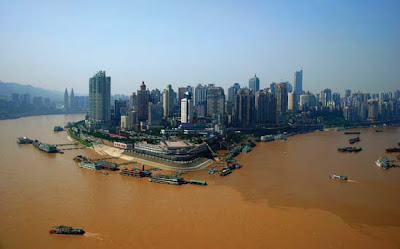 Historically, Chongqing was the wartime capital of China during the Second Sino-Japanese war (1937-1945). Generalissimo Chiang Kai-shek made it his base, and the city was heavily bombed by the Japanese planes. Fortunately, due to its mountainous environment, many people were saved from the bombing. One can still see some old air-raid shelters in the hillside. In late November 1949, the Nationalist KMT government led by Chiang Kai-shek, under attack by the Communist forces, fled the city and went over to Taiwan.

Recent statistics reveal that Chongqing is one of the fastest growing cities in China, and indeed everywhere in the city, one can see huge construction projects being carried out. The China central government is also trying to develop Chongqing as a major financial centre. 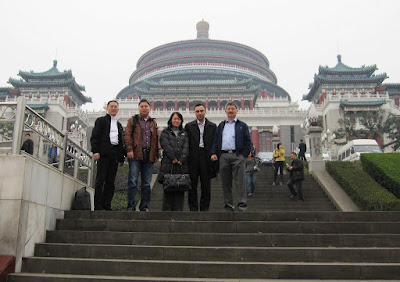 Our group standing in front of the Great Hall of the People, Chongqing


We visited the China Three Gorges Museum, which was right across from the Great Hall of the People, separated by a huge square where residents were exercising, strolling about or socialising with one another.. 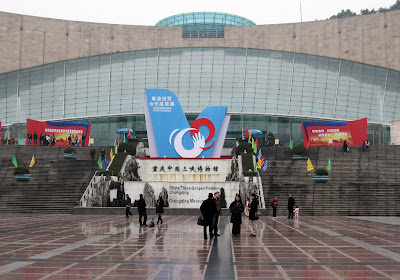 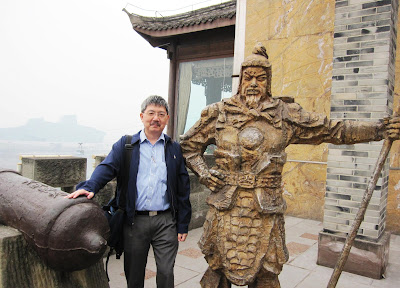 (In the background, you can glimpse the Chongqing Opera House)

I had a chance to walk through Jiafangbei, the main shopping district of Chongqing ... 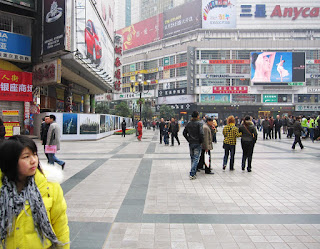 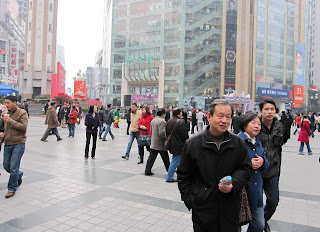 The place was thronging with people - shopping, having family outings, watching street performances and displays, taking in the festive mood (they had all manner of  X'mas decorations out too!) ...

I sat down for a roadside snack with an "old local resident" ... 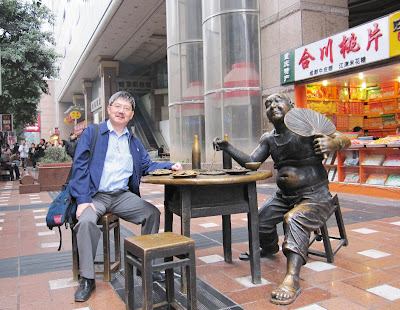 There was even a sizeable choir performing in the centre of the shopping district. 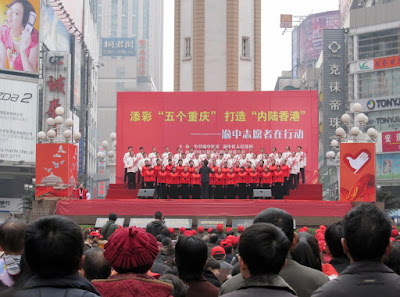 That evening, we ventured to the restaurant district at Nan Bin Lu for dinner. This is just by the river bank. There were boat restaurants, al fresco dining, Chongqing hotpot joints, and all manner of brightly-lit eateries, bars and pubs. 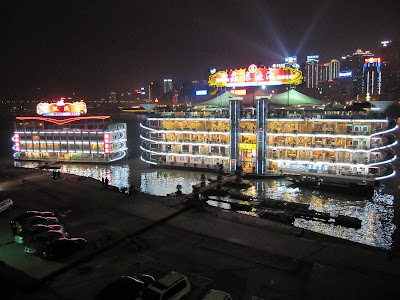 China is an absolutely amazing place. Each time I visit, I find myself astounded by so many things - the culture & history, the people, the cuisine, the architecture, the development  ... and the relentless pursuit of growth and success. No wonder economists forecast that China will become the world's largest economy within two decades.

Here's an interesting study regarding CQ ...

Chongqing Tops the Most Prolific City of Beautiful Girls

On February 13, a report about the Distribution of Beautiful Girl in China was posted on the internet. The report claimed to be the result of hundreds of experts’ yearlong arduous work. The evaluation is based on three aspects: appearance, dress-up and charm (temperament). In the top twenty cities: Chongqing ranked the top, followed by Chengdu and Changsha. The report was conducted about 106 Chinese cities or countries that are teemed with beautiful girls. 46 cities and countries are named “hometown of beautiful girls”. Chongqing tops the list. The report indicated the geographical distribution of Chinese beautiful girls: That is: geographically, beautiful girls are densely located along the Yangtze River.

I'm sure this will boost tourism numbers to CQ, especially guys.

It is a pretty awesome place. Hard for one not to be impressed by the size and grandeur. Though the contrasts are many and wide.

The picture of the skyline is awesome but the river is certainly worrisome.