.
This week I've been back in Hanoi for meetings. Thought I'd just post some random shots from this charming capital city of Vietnam. The photos have been taken over the space of many trips.

Mind you, June and July aren't the best months to visit Hanoi. The temperature can go up to 45 degrees C. Fortunately I have been going between one air-con building and another, so I haven't had to bear the full brunt of the heat. 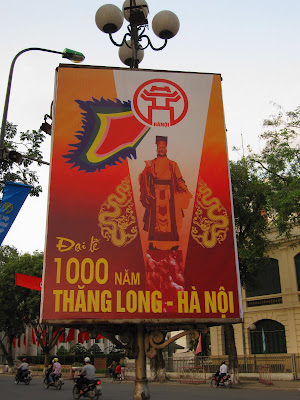 On 10th Oct 2010, the city (Thang Long-Hanoi) will be celebrating its 1000th year history as the key capital. It was founded in 1010 as a city called Thang Long (Flying Dragon).  In fact, throughout its dramatic history, Hanoi has borne many names: Giao Chi (Remote Land), Tong Binh (Proper Home), An Nam (Pacified South), Dai La (Great Belt, as in the dyke surrounding the city), Dong Do and Dong Quan (both meaning Capital), Dong Kinh (Eastern Capital) - which the French priests later interpreted as Tongkin. The name Hanoi, or more strictly Ha Noi, only appeared after the Nguyen Dynasty attained power in 1802, shifted the capital to Hue and renamed the city in 1831. Ha Noi literally translates to City in the River, City Surrounded by Rivers, City in the Bend of the River, or more romantically City in the Embrace of the Rivers. Despite the name change, even well into the 20th century, people still like to call the city Thang Long. 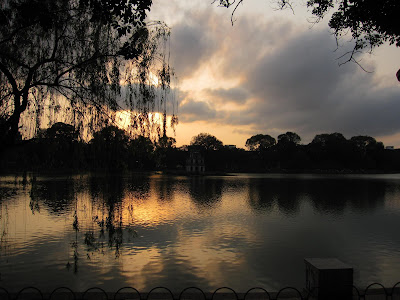 Sunset scene on Hoan Kiem lake in the centre of Hanoi 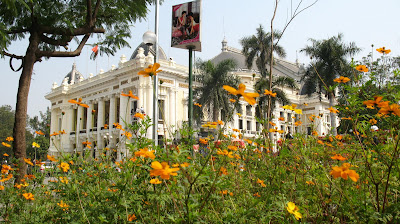 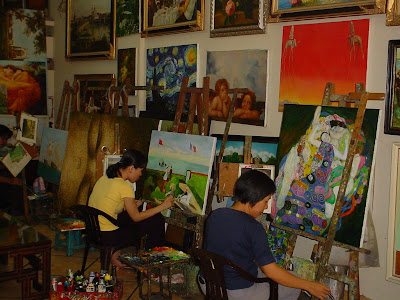 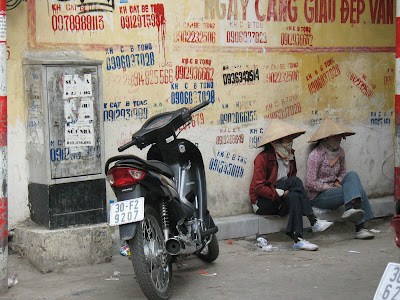 A candid shot into an alley way 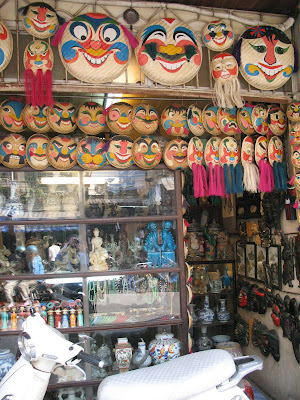 Outside a souvenir shop near the Old Quarter of Hanoi. 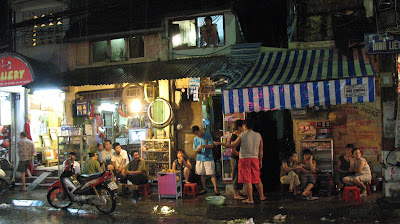 Evening in the Old Quarters of Hanoi
The above photo by Jemima Yong (jemimayong@hotmail.com) really captures the community feeling among the residents of the Old Quarters. I'd encourage you to click to enlarge the picture and try to tell the story yourself. I am firmly of the opinion that in transitioning to "modern" city living, we have lost much of this community feeling. 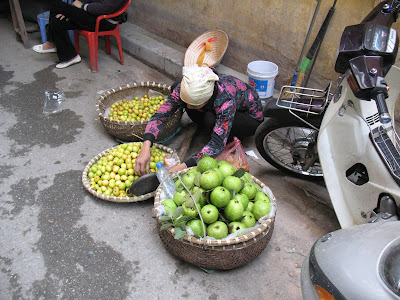 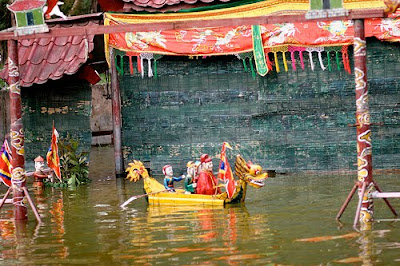 The unique art form of Water Puppetry in Hanoi

Fortunately it's not everyday. 45 C is the peak. Periodic heavy rain gives relief on some days.

Post tropical storm we're pretty cool today but it's been a while in coming. Thankfully next week looks set to be cooler.

Shall we consider to visit in early to mid-October?