The Dark Side of the Mooncake

Today is the day of the Mid-Autumn Festival (Zhongjiu Jie), also sometimes called the Mooncake Festival or Lantern Festival. This is a popular harvest festival dating back over 3,000 years to the Chinese Shang Dynasty period. The Mid-Autumn Festival is celebrated on the 15th day of the eighth month of the Chinese calendar, which is sometime in September or October on the Gregorian calendar. It also corresponds with the Autumn Equinox when the moon is supposed to be at its fullest and roundest.

During this Mid-Autumn Festival period, many Chinese and Vietnamese are likely to consume a lot of delicious mooncakes. 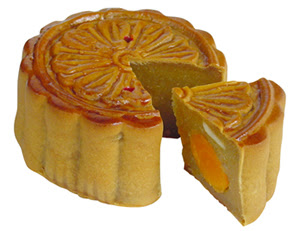 These days, the mooncakes come in all sorts of interesting flavours ... 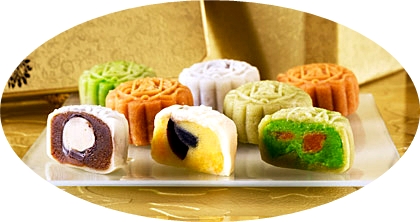 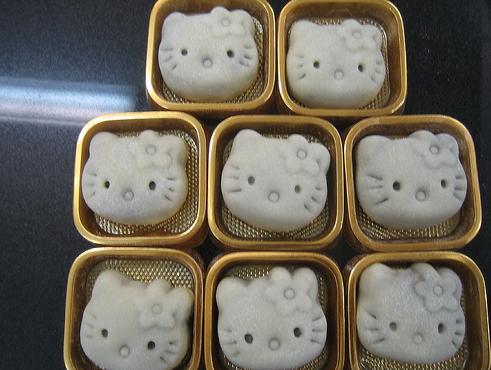 There is also a story you might have heard about the role of mooncakes in a Chinese uprising against Mongol rulers (during the Yuan Dynasty) in the 14th century. In this tale (which I'm not sure is fully supported by historical facts), the mooncakes were used as an early form of e-mail ... the "e" being "edible" rather than "electronic" .LOL.  Anyway as group gatherings were banned, it was very difficult for the Chinese to make plans for a rebellion. So one bright chap called Liu Bowen (from Zhejiang), who was a confidant of the rebel leader Zhu Yuanzhang, suggested timing the rebellion with the Mid-Autumn Festival. He applied for and got permission to distribute thousands of mooncakes to Chinese residents in the city to bless the longevity of the Mongol emperor. Apparently the Mongols did not eat mooncakes, so inside each cake distributed was concealed a piece of paper with the message "Kill the Mongols on the 15th day of the eighth month". And on the night itself, the rebellion was successful and the Mongols were overthrown. The Ming Dynasty (1368-1644) was thus born.


Like everyone else, I like my mooncakes too. My favourites are tau sar, ling yun, single or double yolk and the ones with mixed nuts. Yummmmmmmy ...

However doctors and healthcare professionals have always been cautioning against over-indulging in mooncakes. They say that a small mooncake may contain as any calories as a bowl of rice! As mooncakes are generally made from flour, sugar and butter, one egg-yolk filled mooncake weighing about 60 g can contain up to 270 calories. That would take an averaged sized person about an hour to walk off, says a nutritionist friend of mine.

A health report from Taiwan that I read also noted that aside from moon cakes, many people also celebrate the festival by eating barbequed and processed meat, which are high in calories and sodium. Eating too much of such foods not only led to weight gain, but consuming more sodium than is recommended on a daily basis could also strain the kidneys and the cardiovascular system, the report said. Some health bureaus in China advised people to consume only moderate amounts of moon cakes and where relevant to substitute meat for vegetables such as mushrooms and green onions when having a barbeque. Pomelo, another traditional Mid-Autumn Festival food, is also recommended because of its high vitamin C content. The fruit is also known to lower cholesterol and decrease risk of heart disease.

.
Well, having shared all that, I must say it's only once a year and so long as we don't go overboard with stuffing our faces with mooncake, it should be fine ... tau sar, ling yun, double yolk ... here I come !!!!