Now THIS is how neighbouring countries should settle their differences .... in a Football Match !

Last Saturday in the Cambodian capital Phnom Penh, a friendly match was played between government officials from Cambodia and officials from Thailand. The teams were made up of Thai and Cambodian politicians. The Cambodia team was led by premier Hun Sen while the Thai team was led by former Thai premier Somchai Wongsawat. A 50,000 strong crowd assembled to watch and support the match, which was held to showcase the improving ties between the neighbours.


In his pre-match speech, the Cambodian premier Hun Sen said that "the nightmare era" between the nations, who engaged in deadly border clashes earlier this year, was over. "Today is a historic event in Cambodia-Thailand relations," he proclaimed. 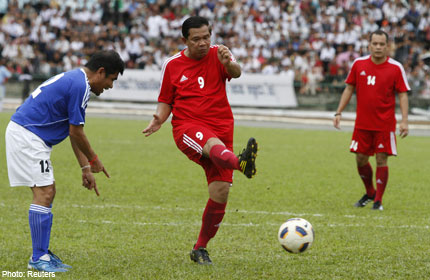 Hun Sen, wearing a red number "9" shirt, smiled broadly as he scored his fourth goal in the final minutes to loud cheers.

The cordial game came just a week after new Thai premier Yingluck Shinawatra made her first official trip to Phnom Penh, quickly followed by a visit from her brother Thaksin, a close friend of Hun Sen. Ties between the two nations have warmed significantly since Yingluck's July election win, backed by her sibling.

Under previous Thai leader Abhisit Vejjajiva, the border row, which centres around the ancient Preah Vihear temple complex, twice escalated into heavy fighting this year, prompting Phnom Penh to take the dispute to the United Nation's highest court. In July, the Hague-based International Court of Justice asked both nations to withdraw military personnel from around the temple, which both sides have heeded.

All this reminds me of another sport being used in high-profile diplomacy. Back in the 1970s, the exchange of ping-pong (table tennis) players between the USA and People's Republic of China led to the thawing of diplomatic relations. This so-called Ping Pong Diplomacy paved the way for President Richard Nixon's historic trip to China in 1972 and the much-publicised meeting with Chairman Mao Tse Tung. 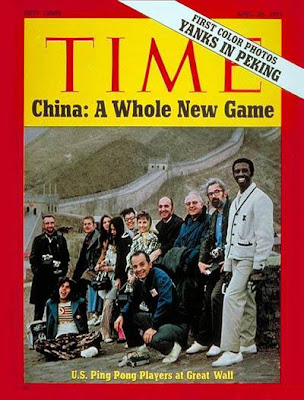 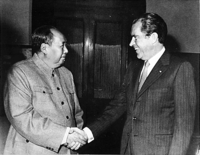 Yes, indeed sports should be used more to cement ties between neighbouring nations. I say "Play on"  ....
Posted by James Yong at 5:12 PM

"9" is lucky in some cultures

Anybody KELONG in the game?

I think they shd have Yingluck also playing :)