Last week when I was in Kuala Lumpur, I happened to stay at the Shangri-la KL and on the day of my checkout on Thursday, I suddenly found that many security equipment (scanners etc) had been installed overnight at the hotel entrance. After I looked at the morning papers, I realised that the President of China, Xi Jin Ping, was making his first official visit to Malaysia and he was staying at the same hotel ... although most definitely in a bigger room than mine  :-) 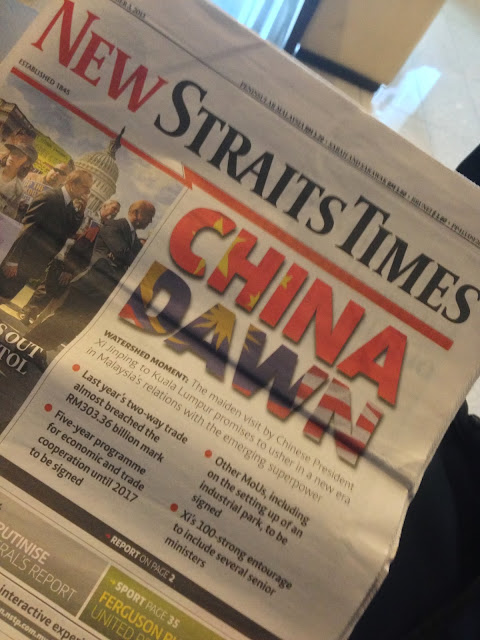 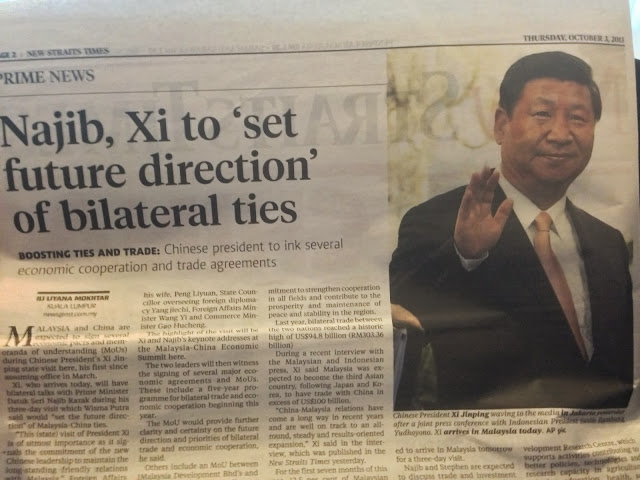 It seems that Malaysia is in the top three as far as trade volume with China, after Japan and South Korea. In fact the Malaysia-China trade volume is expected to cross US$100 billion soon. 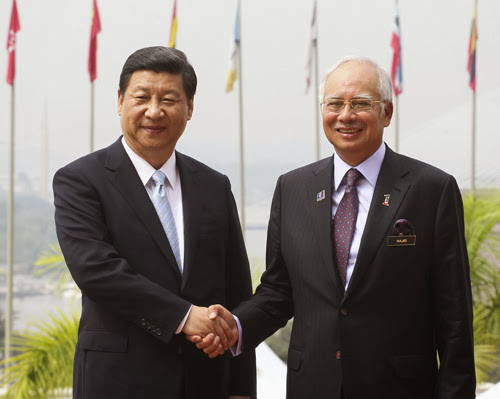 Xi's trip to Malaysia and Indonesia (where he will attend the APEC conference in Bali) is seen as a "charm offensive" - an attempt by Beijing to gain some leverage over ASEAN - especially over the handling of territorial disputes and also to counter-balance Washington's so-called pivot to Asia.

With President Barack Obama needing to scrap his Asian tour due to the US government shutdown (due to his standoff with the Republican Party), Xi's meetings with regional leaders in Asia have grabbed the limelight even more.

This cartoon captures the situation quite well, I thought ... 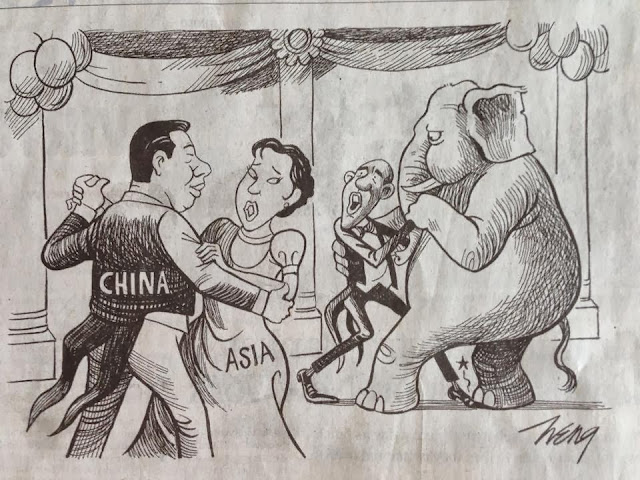