More about my memorable trip to Myanmar.

In Nay Pyi Taw, we stayed at Thingaha Hotel, which has a very interesting modern design (see photo). 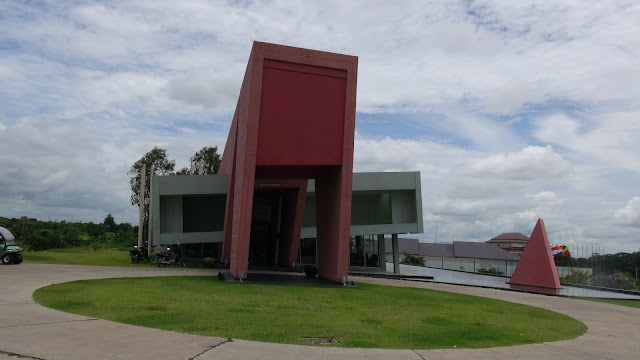 As mentioned in Part 1, Nay Pyi Taw is the political capital of Myanmar. This city, created in 2005, is where all the ministries were relocated back in 2008. There have been many stories giving the rationale for this massive move  - for instance, one justified that Nay Pyi Taw, being in central Myanmar, would be harder for foreign forces to invade, compared to the coastal Yangon; another reason was that because Nay Pyi Taw is so far from Yangon or Mandalay, it will be tougher for would-be dissenters to bring their protests to the capital. I don't know whether any of these reasons have any grounding in reality, but they are certainly interesting perspectives. It is possible that the leaders simply had a visionary plan to reduce congestion in Yangon and revitalise another part of the country by creating a brand new city. Who really knows?


We had a session with the Speaker of the Lower House, Thura U Shwe Mann at the Parliament Building (and what a magnificent building complex it is!). Some political observers have tipped that this gent could be the next President of Myanmar. In Myanmar, the President is selected by the Parliament, not through public voting. Daw Aung San Suu Kyi has also announced that she is willing to be selected for Presidency, but in her case the current constitution would need to be amended to allow that. At the moment, Daw Suu is prohibited from becoming President because she was married to a foreigner. 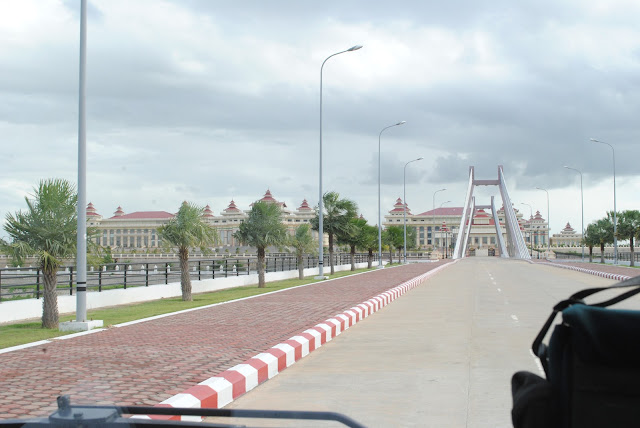 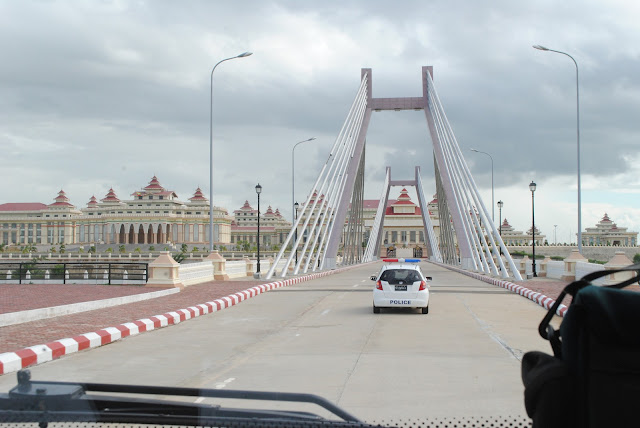 
Here you see us in one of meeting halls within the Parliament Complex, meeting with the Speaker and other members of Parliament. It was a HUGE room. Look at the size of that painting ! 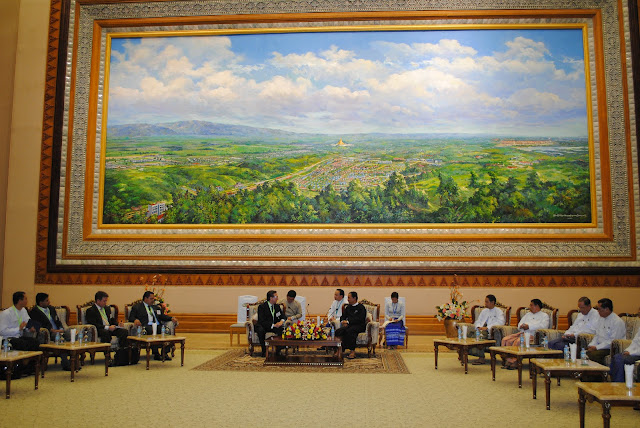 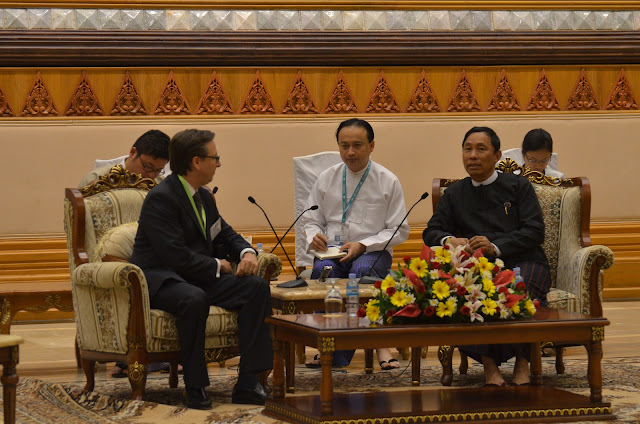 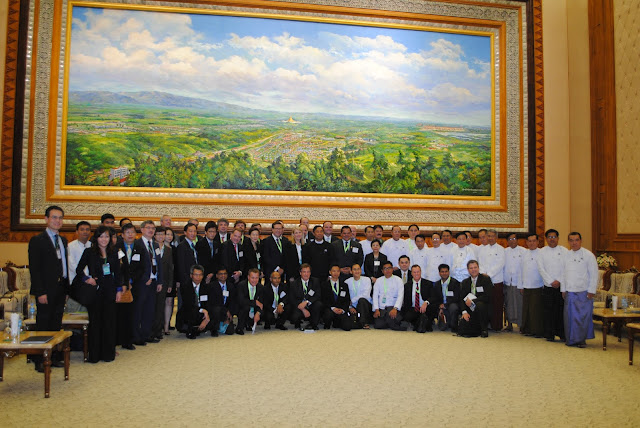 Fig 3: Meeting with Thura U Shwe Mann & other Parliamentarians


The highlight for the day was having a Q&A session with "The Lady" - democracy icon and opposition MP, Daw Aung San Suu Kyi. 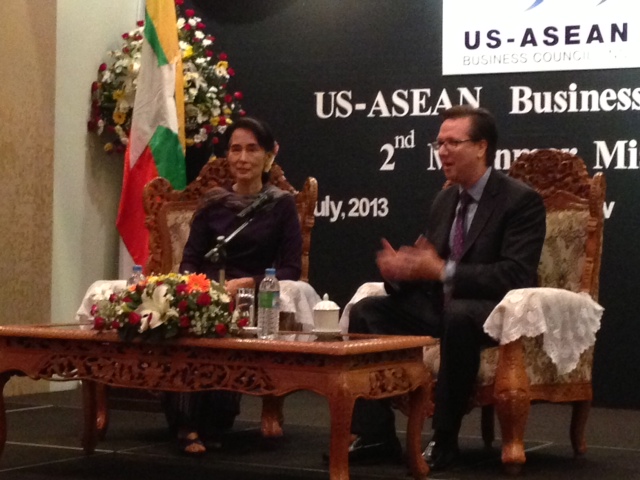 Fig 4: Session with The Lady


I got to speak briefly with her and even got an autographed copy of her book "Letters From Burma" ... 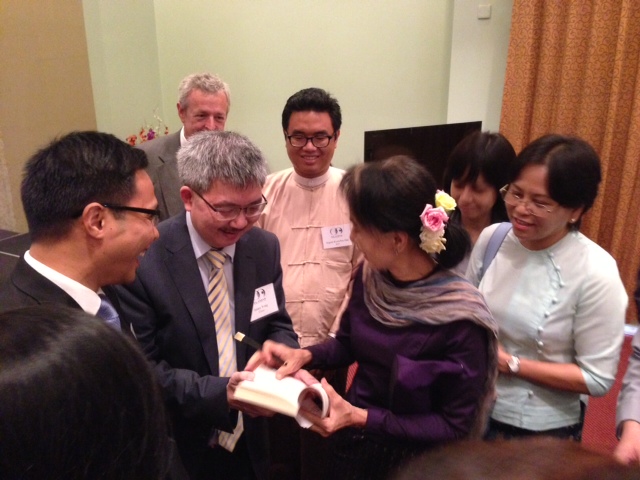 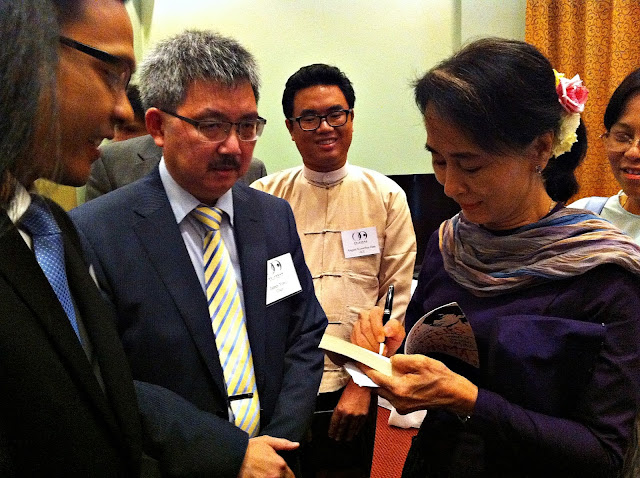 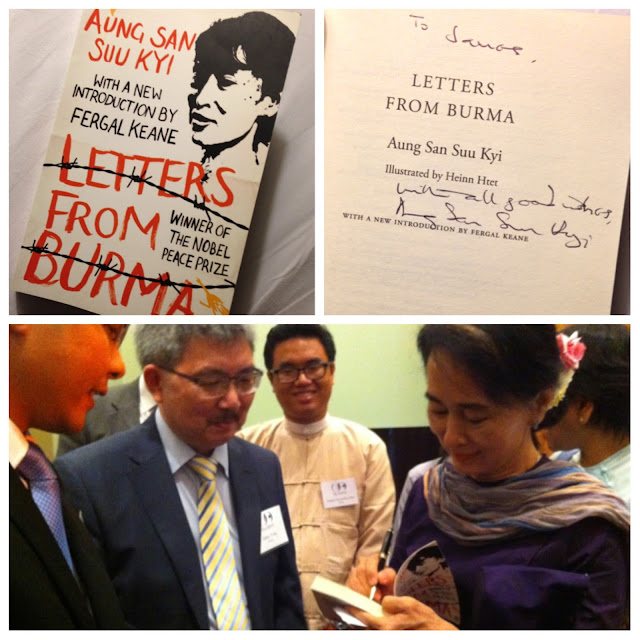 
P/S
I learnt my first Burmese word "Mingalabar"
That seems to be a general purpose term meaning "Hello" or "Good morning/afternoon".

Really enjoy reading your blog and seeing the photos. Thanks for posting. Tom in Minnesota Turtle Island....North American to the D/Lakota Nations.