Haven't blogged for a while. Kinda tied up with work. But I've been thinking about this topic for some time. As some of you may know, my present job requires me to do quite a bit of business travel. Despite this, I admit that I still quite enjoy finding new experiences in new places. I recall a rhetorical question I was once asked - "when was the last time you did something for the first time?". Indeed I find that having this innate curiousity is what makes life interesting. I frequently toy mentally with many "projects" that I've not yet had the opportunity to carry out, and which I still aspire towards. One of these projects involves a few classic journeys that I'd like to make one day - not for professional reasons but solely for personal satisfaction. 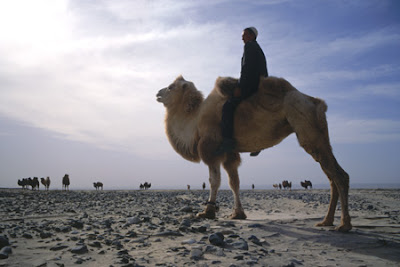 Journey #1 - The Silk Road
This one is at the top of my list. Those who've read a previous blog entry of mine know how much I liked Colin Thurbon's book"Shadow of the Silk Road", which traced the author's trip from China to the Middle East, along one of the routes of the Silk Road.

The Silk Road is, of course, the historic interconnected network of trade routes across the Asian continent connecting East, South and Western Asia with the Mediterranean world, including North Africa and Europe. The Silk Road (or "Silk Routes" as they're sometimes called) were not only conduits for silk, but for many other products (satins, musk, rubies, diamonds, pearls and even rhubarb) and were also very important paths for cultural and technological transmission by linking traders, merchants, pilgrims, monks, soldiers, nomads and urban dwellers from China to the Mediterranean Sea for thousands of years.

The Silk Road fascinates me. Travelling along it, I can imagine going back in time - how the grand ancient city of Chang-an (now Xian) must have looked, making our way through the rough terrain and sand storms of Gobi and Taklamankan deserts, the people, the traditions, the culture, the wonderful sights ... 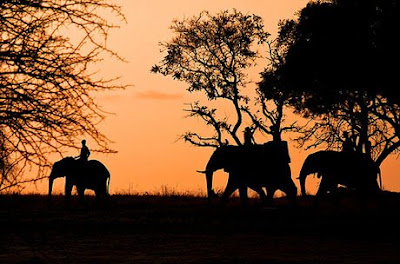 Journey #2 - African Trail
My next journey is within the so-called "Dark Continent". Africa is a continent, long associated with mystique and adventure, that I've not set foot on before. I envision my journey would involve starting from Egypt. Probably I would fly directly to Aswan and take a leisurely cruise down the Nile until I reach Luxor. Then move on to Cairo. Along the way, I would visit the majestic Pyramids of Giza and the Sphinx.

The next part of this journey will be in southern Africa, where I would love to go on safari. 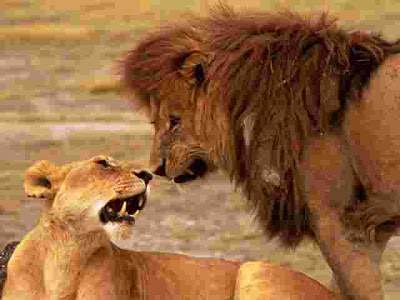 Of course, not with rifles but with really good photographic equipment. The countries that are apparently good for safaris include Kenya, Tanzania or Botswana. Like most safari goers, I want to catch a good look at (and get some good pictures of) the "Big Five" - the lion, elephant, rhino, cheetah and buffalo (hey, what about the giraffe?).

Finally I'd round off my African adventure with a visit to South Africa, particularly in sunny Johannesburg and Cape Town. While at Johannesburg, I would of course try to visit Victoria Falls, one of the seven wonders of the natural world. And somewhere I would squeeze in some time to visit a couple of South African vineyards ... heh heh, cheers! 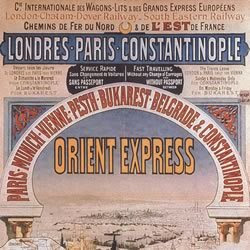 Journey #3 - The Orient Express
Ever since I saw that Agatha Christie movie "Murder on the Orient Express" many years ago, I've been hooked. For me, this is THE ultimate train ride over the past century and half.

One of the websites advertising this journey describes it well enough:

"Bombed, shot at and marooned in snow drifts, the history of the Orient Express is both legendary and colourful.The carriages which form the famous Orient Express train each have a history of their own, with long years of service criss-crossing the frontiers of Europe, operating for a variety of railway companies.The carriages have taken on characters of their own as intriguing as the characters of those who travelled within their cosy confines. "

Travelling across the continent of Europe, one is faced with immense variety and contrasting experiences. Vibrant modern cities sit alongside ancient towns with glorious pasts and tiny villages that are seemingly untouched by time. The view spans breathtaking mountains, great rivers and forest-lined lakes encircling bustling urban landscapes. Famous examples of history, culture and technology are often located close by wild, open countryside where little has changed for centuries.This is what one will see as a passenger on the Orient Express. 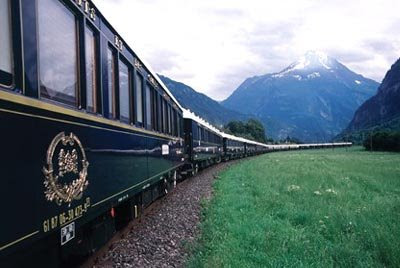 The route I'd probably choose would go something like this: Istanbul-Bucharest-Budapest-Venice-Prague-Paris-London . With that itinerary, I would be crossing at least eight countries, starting from Turkey, through Romania, Hungary, Italy, Austria, the Czech Republic, Germany, France and then finally crossing the Channel to end the journey in England.


Other journeys
There are a few other journeys further down on my list - like taking a cruise on a luxury liner across the Atlantic or travelling by train criss-crossing India (like what Gandhi did when he returned from South Africa, and was trying to understand his own country better .. yeah, I saw the movie too :-) But I guess these would be a bonus if I can achieve my top three.

Life itself is a journey. We have little control over how long or how short this journey will be. But we do have some control over how we make use of it. We can determine whether we are mere passengers in this vessel we call our body, or whether we've firmly taken the wheel and steered towards where we want to go. It's as an old saying goes, "it's not about the years in your life, but the life in your years" ... To my fellow travellers, bon voyage!
Posted by James Yong at 5:54 PM

interesting. one of mine is to run the whole length of the great wall of china. sounds a little silly, but that's just me.
ciao
/mel

What about South America? A whole new continent to explore?