I had the opportunity to visit Stockholm (Sweden) and Oslo (Norway) last week, as part of a global Public Services Summit my company Cisco organized and sponsored. It was my first visit to both of these cities, and a most enlightening and enjoyable time in terms of insights and experiences. This entry touches on some of the highlights ... 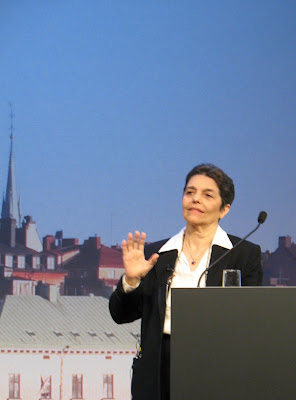 The Summit was in Stockholm and we had a few hundred public sector officials from all around the world attending, hosted by Cisco and the City of Stockholm. A panel of world-class speakers - including Lawrence Lessig, Charles Leadbeater, author of book "We-Think", and Prof Carlotta Perez, author of the book "Technology Revolutions & Financial Capital" (picture left) - shared ideas over two days. Intellectually riveting stuff.
I also had a chance to see some of the City of Stockholm, and was particularly impressed by the Vasa Museum, which housed a remarkably well-preserved ship "Vasa" from the early 17th century, the old city Gamla Stan, which looked like a small town right out of a history book, as well as some of Stockholm's environmental conservation projects. It was a fascinating city and quite a pity that I had limited time to see the sights. Definitely worth a future visit to this 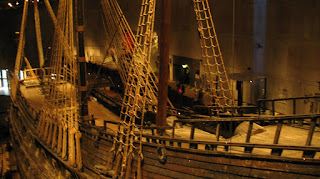 "Capital of Scandinavia", as Stockholm calls itself ...

On day 3 we took a private train to Oslo, and attended the Nobel Peace Prize dinner and concert. This year's Peace Prize laurette was Martti Ahtisaari, who was honoured for his peace-negotiation efforts in Africa, Europe and Asia.
As a musical tribute to him, the star-studded concert had performers such as Il Divo, Jason Mraz, The Script, Robyn, Marit Larsen and musical legend Diana Ross. The hosts for the night were movie stars Scarlett Johansson (wow!) and Michael Caine. A most impressive line-up and a night of great entertainment! 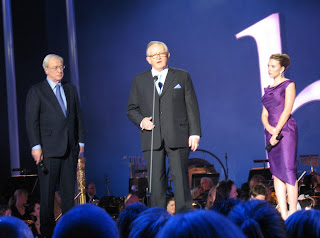 The picture on the left shows (from left to right) Michael Caine, Nobel laurette Martti Ahtisaari and Scarlett Johansson.
From Oslo, I flew to London for a week's break, from where I posted this entry - well, kind of ... some of the pictures were added later.
Posted by James Yong at 4:34 PM

That Scarlett Johnasson in "Lost in Translation" was so SEXYYYYY