Malaysia A to Z

Two months ago, I was in a planning meeting with my colleagues in our company's office in Kuala Lumpur, Malaysia. About half of the executives in the room were non-Malaysians, and so we decided we needed a quick and fun way to give them an introduction to Malaysia, before we proceeded with the planning discussions. So I pulled together a light introductory presentation, using a simple A to Z format, to convey various informational snippets about the country, such as the social, political and economic conditions. This blog entry is adapted from that presentation. Enjoy ...

A is for the Agong, the Malaysian King. The Malaysian system of government has been called a “federal constitutional elective monarchy”. The position of Agong (more fully the "Yang di-Pertuan Agong") is rotated among 9 hereditary Sultans of the Malay states, each for a five-year term. (the other 4 states, which have titular Governors, do not participate in the selection). The role of the Agong is largely ceremonial. 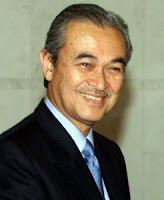 A is for Anwar Ibrahim, the high-profile leader of the opposition coalition (Pakatan Rakyat). He was a former Deputy PM, but was arrested and jailed by the former Prime Minister Dr Mahathir on charges of corruption and sodomy. Now released, he has managed to unify the different opposition parties, and continues to pose a challenge to the government.

B is for Barisan Nasional (BN), the ruling political coalition in Malaysia. The

majority of its seats are held by its 3 largest race-based parties UMNO (United Malays National Organization), MCA (Malaysian Chinese Association) and MIC (Malaysian Indian Congress). Other component parties include Gerakan and parties from Sarawak and Sabah. BN has ruled Malaysia since independence.

B is for bloggers, which is an active and fast-growing community in Malaysia. Blogs have had significant effect on garnering political support, especially for opposition parties. Some of the popular blogs include Malaysiakini.com, www.jeffooi.com and Malaysia Today. PM Abdullah has publicly admitted that his administration under-estimated the power of this new media in the lead-up to GE2008. 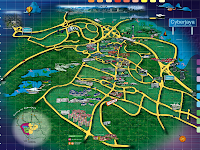 C is for Cyberjaya, a planned township and science park that is at the heart of the Multimedia Super Corridor (MSC), a brainchild of former PM Dr Mahathir. Officially opened in 1997, it is located some 50km south of Kuala Lumpur. Many companies, such as Shell, HSBC and DHL, have set up operations there.

D is for Democracy and durian, both equally thorny subjects.

Democracy: Malaysia has a system of government based on a constitutional monarchy and a parliamentary democracy. However, since independence, the Malaysian government has been dominated by one coalition group, the Barisan Nasional (BN) ..... and some people have questioned whether this is real democracy. With the GE2008 results and 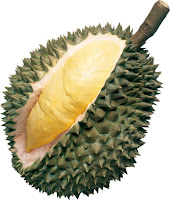 huge advances made by the opposition Pakatan Rakyat (PR), Malaysia seems to have come closest to a two-party system: BN vs PR.

Durian, the so-called "King of the Fruits". Some say "It tastes like heaven, but smells like hell". Enough said. Care to try?

E is for Elections, which happen at two levels - national and state. Malaysia has had 12 (national) General Elections since independence in 1957. The Constitution requires that an election be held at least once every five years. The results of the previous two elections were telling. In GE2004, BN won 90% of the votes. In GE2008, they got barely 60%, and they also lost 5 states to the opposition parties.

E is also for the Economy. Malaysia's GDP (PPP) is about USD 360 billion. Per capita GDP (PPP) is about USD 14,000 . The GDP is contributed by industry (48%), services (43%) and agriculture (8%). Key exports include electronics & electrical machinery, chemical products, palm oil and wood products. GDP growth averages 6%. . 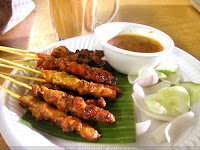 H is for HINDRAF or the Hindu Rights Action Force, which is a coalition of Hindu NGO’s committed to the preservation of Hindu community rights and heritage in a multiracial Malaysia. The group has led agitations against what they saw as an "unofficial policy of temple demolition"

and concerns about the steady encroachment of sharia-based law. In late 2007, several prominent members of the HINDRAF were arrested, some on charges of sedition; following a huge rally. The charges were dismissed by the courts. Five people have since been detained without trial under the Internal Security Act
H is for red hibiscus or "bunga raya", the national flower of Malaysia. 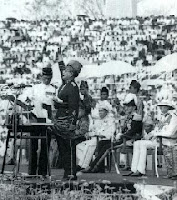 I is for Independenceor "Merdeka" (in Malay). The Federation of Malaya was recognised as an independent nation in 1957. In 1963, it was joined by Singapore, Sarawak and British North Borneo (now called Sabah) to form Malaysia. Singapore subsequently left Malaysia in 1965, leaving thirteen states.

I is also for the Internal Security Act (I.S.A.) legislation, inherited from the British after independence, allows for the arrest of any person without the need for trial in certain defined circumstances. Due to the alleged draconian nature of the ISA, various human rights organisations and opposition political parties have strongly criticized the act and called for its repeal. 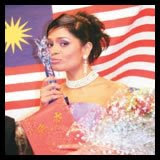 J is for Jacyln Victor, the first Malaysian Idol winner in the competition held in 2004. She won a recording contract from record label BMG.

J is also for the world-famous Jimmy Choo, who was born in Penang and now runs his women's shoes and handbag empire from London. His creations are worn by royalty and media stars.

K for Khazanah Nasional Berhad, the investment holding arm of the government of Malaysia, which is empowered as the Government's strategic investor in new industries and markets. Its main objective is to promote economic growth and make strategic investments which would contribute toward nation-building, Khazanah is also tasked to nurture the development of selected strategic industries in Malaysia. Khazanah has invested in over 50 major companies, both local and abroad.

K is also for the Kuala Lumpur International Airport (KLIA), one of Asia's major aviation hubs. KLIA is situated some 50km south of Kuala Lumpur.

L is for Lat, Malaysia's most famous and popular cartoonist. Nobody else catches the idosyncracies, quirks and ironies of Malaysian life like Lat does. He is truly a Malaysian institution. No one is spared from the Prime Minister right down to the minibus driver with a death wish ! Lat's real name is Datuk Mohd Nor Khalid.

M is for Mahathir Mohamad, the former Prime Minister of Malaysia. He held the post for 22 years from from 1981 to 2003. He was credited for engineering Malaysia's rapid modernization and promoting non-individualistic "Asian values". During his administration, he was considered as one of Asia's most influential leaders. Mahathir is also known as an outspoken critic of certain Western practices. Over the past two years, he has been openly critical of PM Abdullah’s leadership, and recently resigned from UMNO.
M is also for a certain Mongolian model, whose murder is at the centre of a political web of intrigue.

N is for Najib Razak, the current Deputy Prime Minister, and Defence Minister. Public choice of Abdullah as successor when the latter steps down, supposedly in 2010. Najib is also the son of Malaysia's second PM, Tun Abdul Razak.

N is for the New Economic Policy (NEP), a controversial socio-economic restructuring affirmative action program launched by the Malaysian government in 1971. The NEP ended in 1990 and was succeeded by the National Development Policy in 1991. Although the NEP was hailed in some quarters as having reduced the socio-economic disparity between the Chinese minority and Malay majority, others accused it of having reduced non-Malays to the status of second-class citizens by cementing Ketuanan Melayu (Malay supremacy). Also NEP tends to benefit only the middle an upper class Malays, with poorer Malays sidelined.

P for Putrajaya, a planned city located just south of Kuala Lumpur and sited within the MSC, is the federal administrative centre of Malaysia. Most federal ministries and government offices have relocated there to gain relief from the overcrowding and congestion of KL. However, KL still serves as Malaysia's national and legislative capital for now. Putrajaya is a Federal Territory. 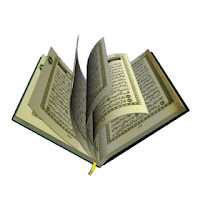 Q for the Quran, the Holy Book of Islam. Malaysia is a multi-religious country and Islam is the official religion.
R for Rakyat which means “Citizens” or “People”. Malaysia has a multi-racial population of about 25 million. The main races are Malays & indigenous people (65%), Chinese (25%), and Indians (8%).
R is for the Rukunegara, the official state ideology which encourages "respect for a pluralistic, multireligious and multicultural society“. The pledge contains the words:

T is for the Twin Towers a.k.a. the Petronas Twin Towers in Kuala Lumpur. This structure was the world's tallest building, before being surpassed by the Taipei 101. The Twin Towers has 88 floors. Tower 1 was built by Hazama Corporation of Japan, while Tower 2 was built by the South Korean multinational Samsung Engineering & Construction.
U is for UMNO or the United Malay National Organisation, a right-wing party and Malaysia's largest political party. UMNO is a founding member of the Barisan Nasional coalition, which has ruled the country since independence.

V is for Vision 2020 or Wawasan 2020 is a Malaysian ideal introduced by former PM Mahathir Mohamad in 1991. The vision calls for a self-sufficient, industrial, developed nation, complete with an economy in 2020 that will be eightfold stronger than the economy of the early 1990s. 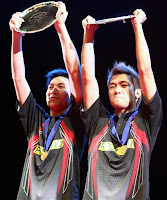 W is for World-class. For example, Malaysian badminton players have always been successful internationally, and most recently Malaysia won the All England men's double championship in 2007. The pair of Koo Kien Keat and Tan Boon Heong achieved this feat.

X is for the mark one puts on the ballot paper during the General Elections.

Y is for Yeoh, Michelle Yeoh that is. This Ipoh-born actress is a BAFTA nominated Chinese Malaysian movie actress, well known for performing her own stunts in the action films that brought her to fame in the early 1990s. Yeoh is currently based in Hong Kong. She is best known for her roles in the 1997 James Bond film Tomorrow Never Dies, and the multiple Academy Award-winning Chinese action film Crouching Tiger, Hidden Dragon. She also played a role in Memoirs of a Geisha
Z is for Economic Zones or Corridors or Regions. Three special zones have been launched by PM Abdullah: the Iskandar Development Region (IDR), Northern Corridor Economic Region (NCER) and Eastern Corridor Economic Region (ECER).

great list here uncle! some things i forgot about aswell! you should've mentioned sepak takrawl around there somewhere, its one of the dying pastimes in malaysia, although back in my end of sabah you do still see some people playing it.

hope all is well in singapore!

Thanks Ken. Ahh yes, I remember watching those exciting sepak takraw matches many years ago. Perhaps another day, I'll post something on the popular games of yesteryears.

Why not to an A to Z for Singapore too. You have been here longer than in Malaysia

A Singapore A to Z is coming soon. Keep reading ...